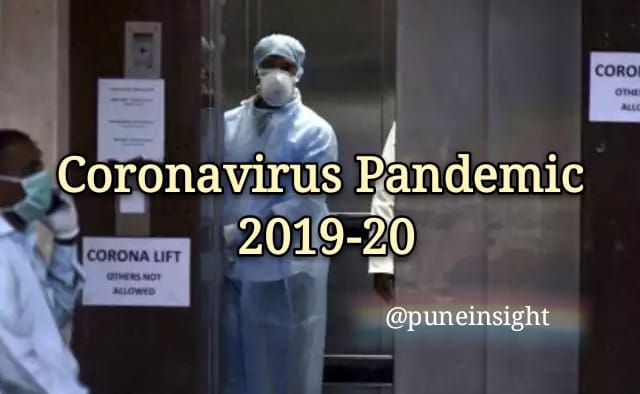 Firstly recognized in Wuhan, the infectious CoronaVirus disease (Covid19) has now covered the entire globe. It is contagious in humans and causes respiratory illness. Covid19 is caused by a positive-sense single-stranded RNA virus referred to as SARS-CoV-2. The ongoing pandemic of Covid19 is now a matter of great concern for all the countries.

In this article, we are going to discuss the present status of Pune City. First of all, let’s encounter numbers shown below in the table.

The first two cases of Pune were reported on the evening of 9th March. Two individuals with a travel history to Dubai had tested positive for Coronavirus. Though their condition was stable, they were kept in an isolation ward in the civic-run Naidu hospital for treatment. In order to limit the spread, the officials of Pune Municipal Corporation and district police immediately came into action to trace people who may have come in contact with those two patients. Later, on the same day, three more people who had come in contact with the duo tested positive.

Pune reported its first death on 30 March, that is of a 52 year old man and on the corresponding day more than five new cases came into existence.

Response of the Government

As we know, that virus spreads rapidly when one comes under close contact with Covid-19 patients. Its vaccine is yet to be discovered so as of now we could only rely on social distancing and quarantines.

On 13th March, the Epidemic Diseases Act was invoked by the Government of Maharashtra and on the very next day the Pune Municipal Corporation announced the closing of all public parks. The Trade Association of Pune took the initiative on 18th March to close all shops except grocery and pharmaceutical stores. The government imposed section 144 on 22nd March and later on, on 23 March the boundaries of Pune were sealed to restrict the movement of people.

The spread of Covid-19 is increasing day by day, and the authorities are working hard to contain the disease. However this isn’t possible without a pro active support of the citizens.

Blades of Glory set a world record for being the Largest Cricket Museum in...

COVID-19, An interaction with Amit Pandita