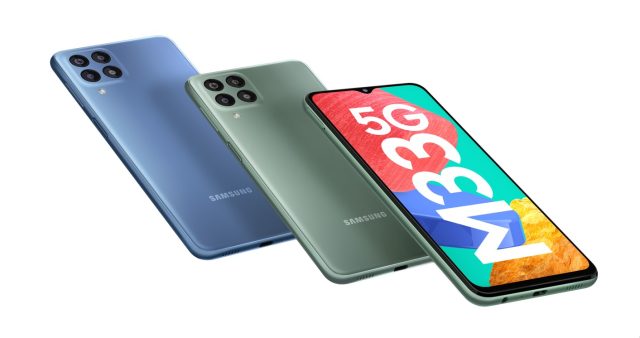 Samsung has launched a new phone in the army of its all-rounder phones, named the Galaxy M33 5G. This new Android smartphone has all the amazing cool features that one needs to pursue his or her passions in life. Whether a fast processor, expandable RAM, call clarity feature, a smooth user experience with an immersive display, a pretty sharp camera setup, a large battery or a cooling technology.

A powerful CPU and GPU for an unmatched performance

Samsung Galaxy M33 5G features a 5nm Octa-core processor that consists of 8 cores at up to 2.4 GHz, so you are geared up for almost anything. With such a powerful processor in the smartphone, one can easily do all the tasks without the phone slowing down. It is also India’s first 5nm processor in the segment.

RAM Plus feature, so the phone can deliver what you expect from it, i.e., Multitask with ease

With the RAM Plus feature, you can use no matter how many apps at a given time, and you still won’t see any lag in the performance. Hey multitaskers, are you reading? This is the feature that you dig for, and you’ll surely want to own the device after knowing this. So, if you are anyone who loves to be on multiple apps at a time, then Galaxy M33 5G is the phone built for you.

Of course, a large battery because we are talking about an all-rounder phone

While building the phone for Gen Z, Samsung diligently put a 6000mAh battery with support for Reverse Charging, so you can easily share power with your friend’s phone on the go. What accompanies the large battery is the 25W fast charge support that will juice up the battery in no time.

Power Cool Tech
The Power Cool Tech is an extremely important feature to have in a smartphone. Mainly designed for mobile gamers, this technology prevents the phone from over-heating and makes sure the device remains cool for a seamless experience.

Galaxy M33 5G also comes with magic-like features, namely Object Eraser and Video TNR that allow you to remove those photobombing people from your photos and enhance your videos so that you and your shots look perfect even in low light settings.

PMC has announced that family members will handle the bodies of Covid Patients dying...